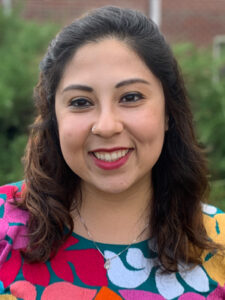 Dr. González is revising her dissertation into a book manuscript tentatively titled, Representation for Change: How Chicanas Transformed American Politics in the Twentieth Century. At Tulane, she is also working and mentoring undergraduate research assistants in historical methodology as she revises research.In addition, she is collaborating with Newcomb’s Digital Research Internship Scrum team to launch a digital site titled, “Changing Representations: Tracing Latina Involvement in American Politics,” which maps the history of Latina politicians and government workers in the United States.

Prior to joining the Tulane community, Dr. González taught and mentored students at Texas A&M University, as well as worked as the public historian for the city of College Station, where she managed the city’s digital archive, conducted oral histories, and trained interns in public history methodology.